The first impression, Meese reminded me a lot of the Sohimi Rose Queen, with being about the same size vibe and having the suction on one end.

This one however is supposed to give you the flexibility to use both functions at once, similar to the Sohimi Clit Sucking Vibe.

So how did the Meese S Series measure up while in use?

For the reviewing, I handed the Meese over to my new helper, and life-long best friend, Rissa. She was very willing to take the vibe off my hands and give it a whirl. Or several. Got to love that commitment.

As you might imagine she too is a sex toy enthusiast.

Between partners, at the moment she was happy to have another tool at her disposal to help relieve some built-up tension.

Whenever she could manage to squeeze in a bit of sexy time time for herself- between work and being a full-time mom she was tirelessly knocking out some O’s with this vibe.

Rissa said that she was able to come easily, but wished the neck that bends would have been a bit more flexible since she had a hard time lining them up with her anatomy to enjoy both at once. Although, I believe the term she used was more bendy.

Rissa also mentioned that she would have preferred the sucking hole would have been a bit larger because she would have to be very careful to situate it just right to get it to suckle her clit the way she wanted.

There were three suction settings. The first being too low. The last being way too intense. The middle setting, just like in Goldie Locks and the Three Bears, was just right… to get her off.

She also mentioned that the silicone material that coats the Meese is super easy to clean after you’re finished knocking a few out.

Functions of the Meese S Series…

At the time of this article, the price is $46.99 which is on the lower end of the sex toy pricing spectrum.

For both of the functions, it really isn’t that bad of a deal. Just keep in mind that depending on your specific body, you may have to enjoy one of the functions at a time. 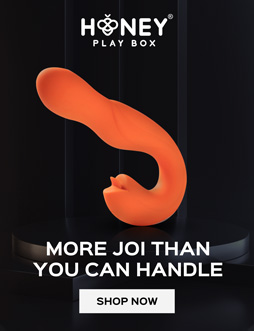